We are thrilled to have a group of talented and empowering keynote speakers and workshop presenters. Learn more about this year’s speakers, and connect with them on social media. 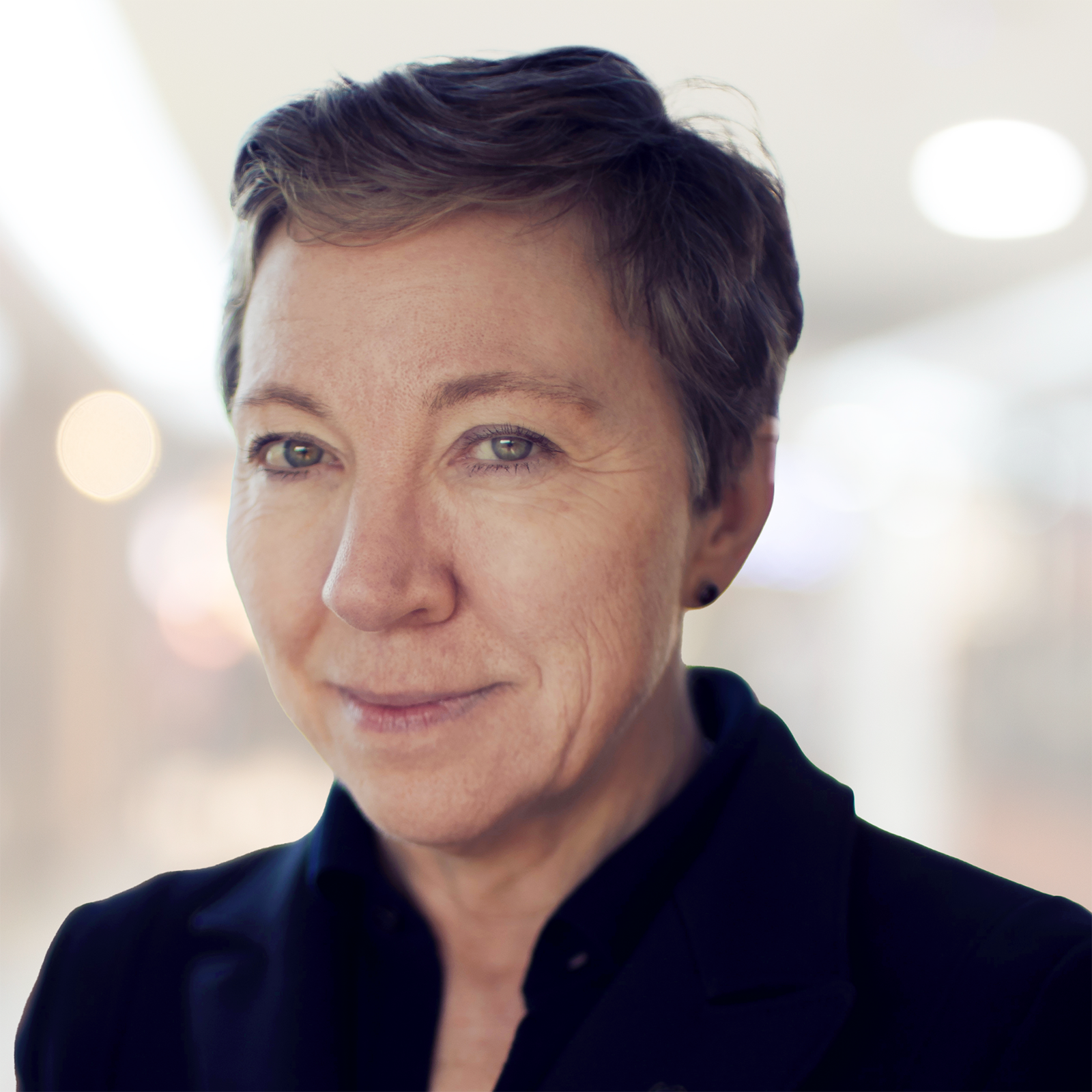 CEO and Founder of Shorefast

Zita Cobb is an eighth-generation Fogo Islander, Founder and CEO of the registered charity Shorefast, and Innkeeper of the award-winning Fogo Island Inn. Zita graduated high school on Fogo Island before studying business in Ottawa. Following a subsequent successful career in high-tech, Zita returned to Fogo Island and established Shorefast to put another leg on the Island’s struggling economy to complement its ever-important fishery. With an enduring commitment to Fogo Island, Shorefast is expanding its mission through a Community Economies Pilot – a pan-Canadian initiative to strengthen place-based economic development within the global economy.

Zita has been a Member of the Order of Canada since 2016 and was a 2020 inductee to Canada’s Business Hall of Fame. She holds honorary doctorates from McGill University, Memorial University of Newfoundland, the University of Ottawa, and Carleton University. She volunteers her full time and energy for Shorefast’s charitable initiatives and community businesses. 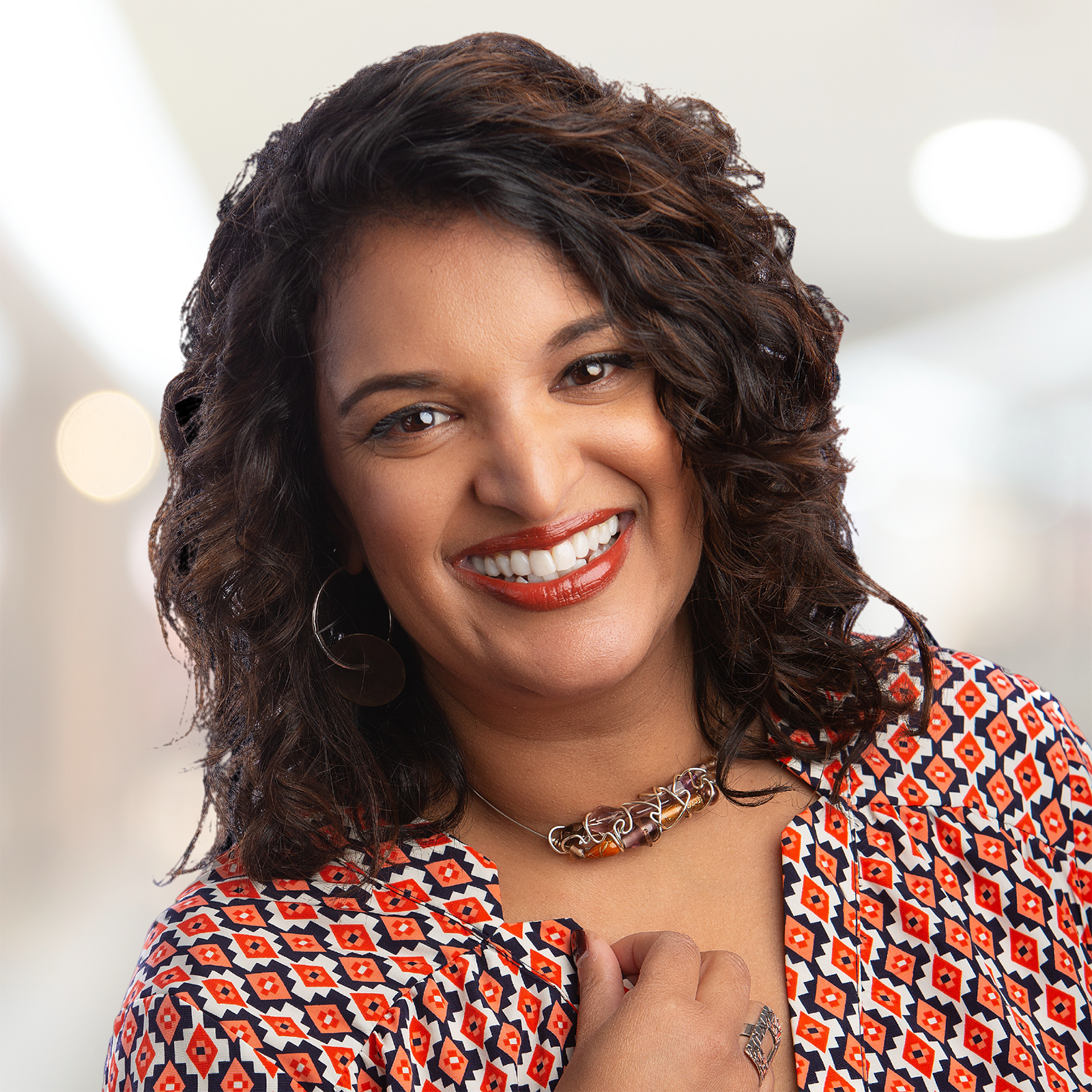 Named one of Canada’s Top 10 Notable Speakers by Ignite Magazine, Tina cleverly tackles hot button topics, like diversity and inclusion, in today’s racially complex climate. By carefully weaving personal stories with touching humour, she disarms attendees as she breaks down barriers to foster an inclusive and uplifting space leaving attendees inspired to think, behave, act and communicate with positive intention and purpose. 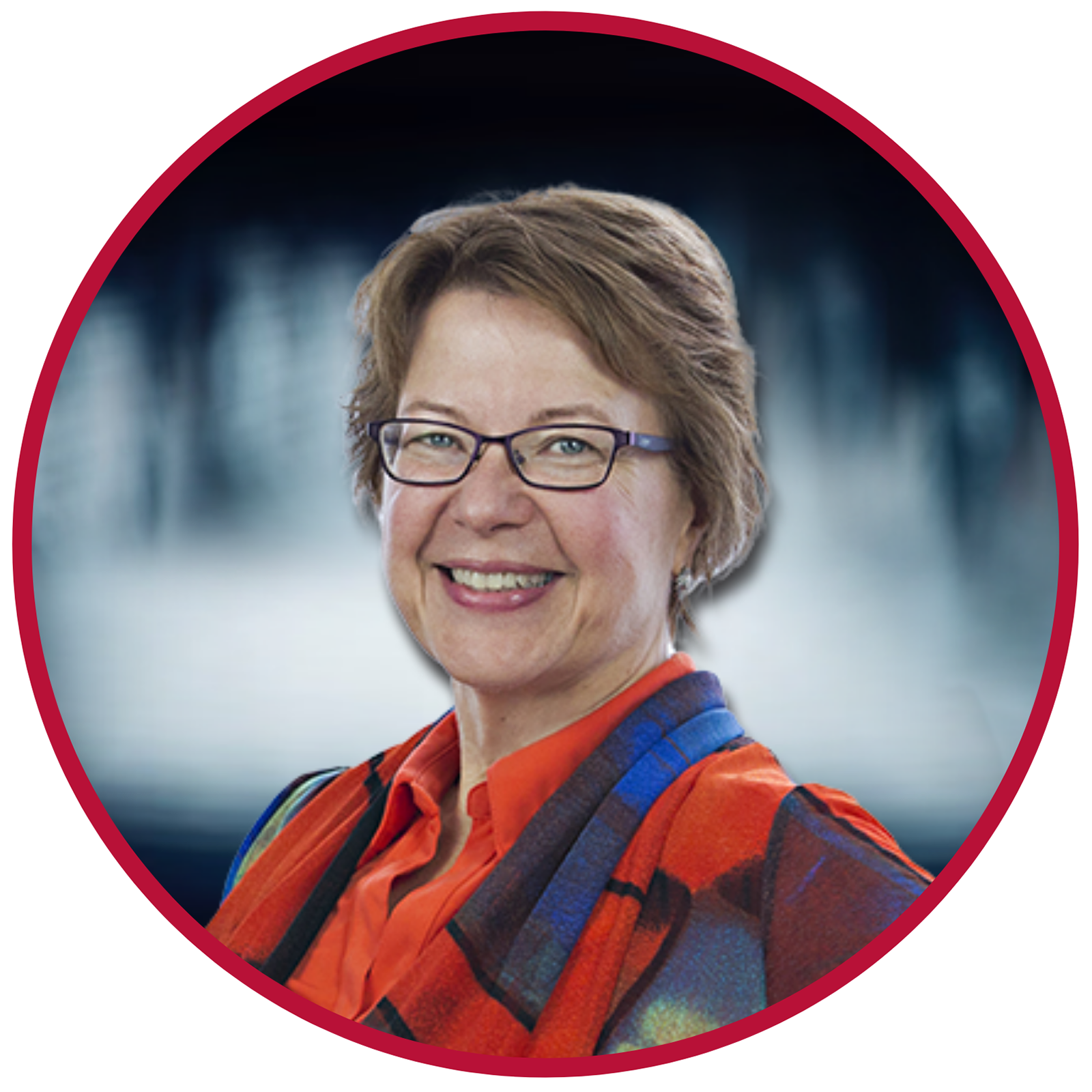 Susan Hollett is President of Hollett and Sons Inc., a consulting firm based in Clarenville NL.  Her firm specializes in planning, facilitation and evaluation and has done considerable work with women in growing their leadership skills, whether as business owners and employees through collaborations with organizations such as Women in Resource Development, Women Presidents Organization, NLOWE, CCWESTT, and the WinSETT Centre.

Prior to forming her consulting firm, Susan worked in senior positions in community, economic and social development. She is the recipient of the NLOWE Award for “Outstanding Contribution to Women’s Advancement in Business and Community Economic Development”. 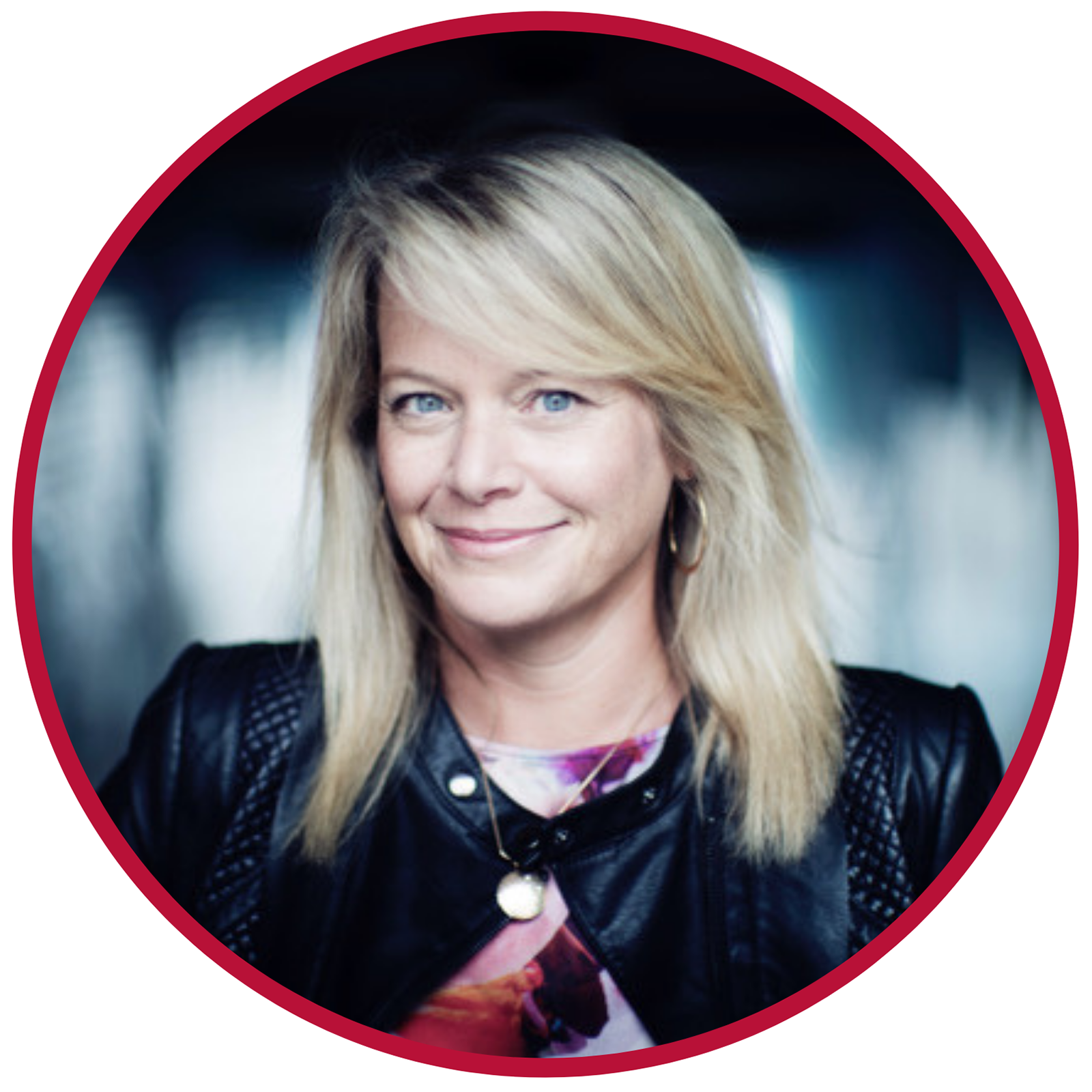 With over 20 years in the advertising business, Jenny is no stranger to creating internationally recognized, award-winning work. She’s ranked one of the top creatives in Canada, has won hundreds of awards including a few gold Cannes Lions, and has judged every ad show in the country. Perhaps one of her biggest accomplishments was representing Canada at the Cannes Lions International Festival of Creativity where she had the honour of judging in 2009 and again in 2018 – the only woman east of Toronto to be invited twice. But unlike most ad veterans across the country, Jenny lives nowhere near Toronto. Or Montreal. Or Vancouver (although she likes shopping in those places).

After working for other people for 15 years, she took a giant leap and launched Ray in 2013 – a strategic and creative boutique that’s proven to be one of the hottest shops in Atlantic Canada. So far, her team has received many accolades and awards including the Top 50 Start-Ups in Canada according to PROFIT and Canadian Business and Maclean’s, E&Y EOY Finalist, NLOWE Start-Up Entrepreneur of the Year Award, ICE Best of Show, St. John’s Board of Trade Winner in Growth and Sales, and various other creative-related awards – all in just 4 years.

She lives in St. John’s with her husband and is a proud mother of two children, James and Mary. Who like some of her work. 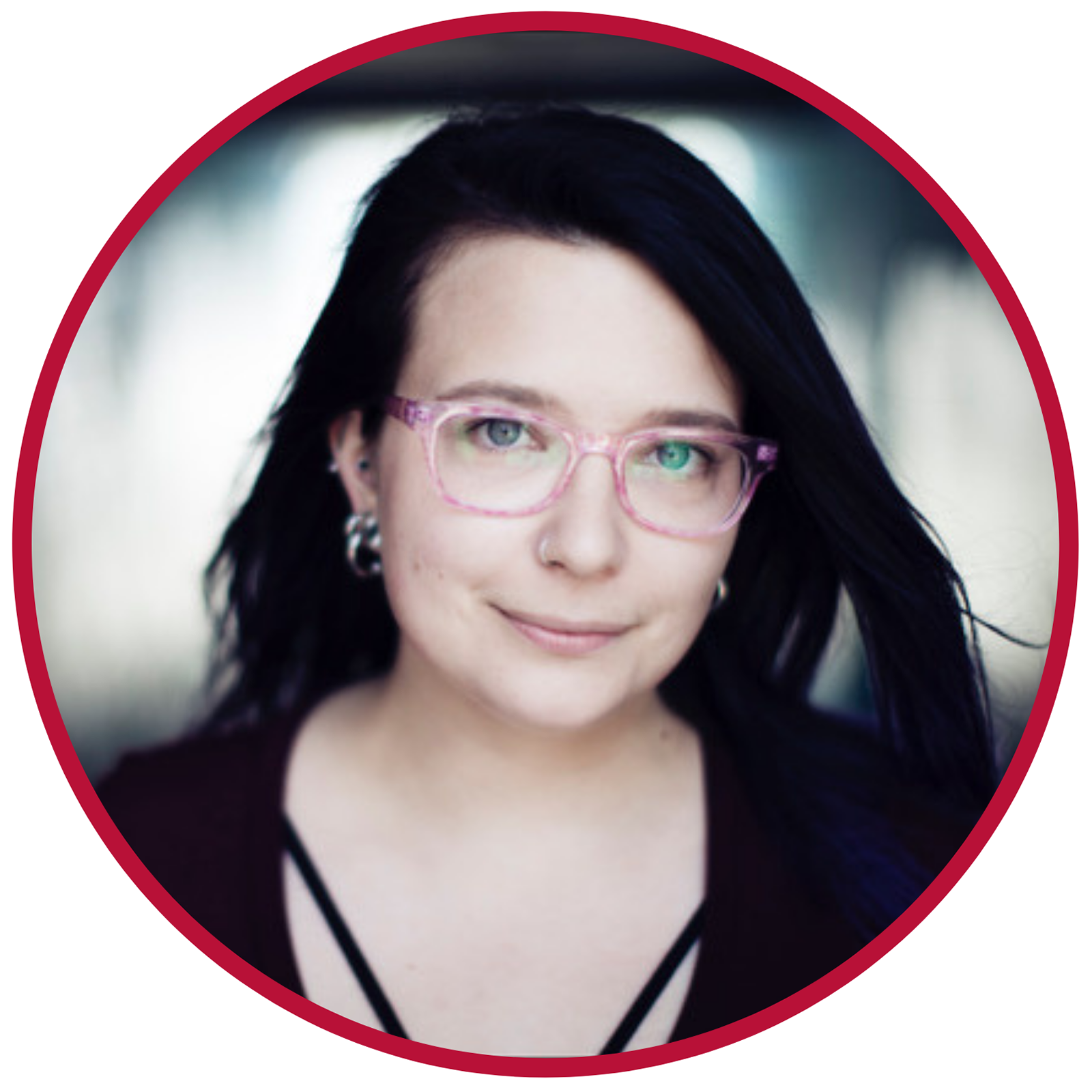 Courtney Wells loves design. And we love her.

A graduate of CNA Graphic Design Program, Courtney is a bright mind with equally bright hair, and a special affinity for the colour purple.

With ten years’ experience in the ad and design business, she’s not afraid of a deadline or juggling multiple requests. Throughout her career, she’s worked her special blend of magic for clients like RRFB, Dairy Farmers, Government of Newfoundland and Labrador Mental Health Awareness, RNC, Marble Mountain, and Newfoundland Power.

This ICE Award-winning production designer also loves playing with words. So much so, she started a side gig of putting Newfoundland sayings on stickers and buttons. And she puts her love for typography to good use for pro-bono initiatives like the Vagina Monologues.

A self-proclaimed sci-fi nerd, Courtney is a big fan of comic books, peanut M&Ms, and the Beatles. When possible, all three at the same time. 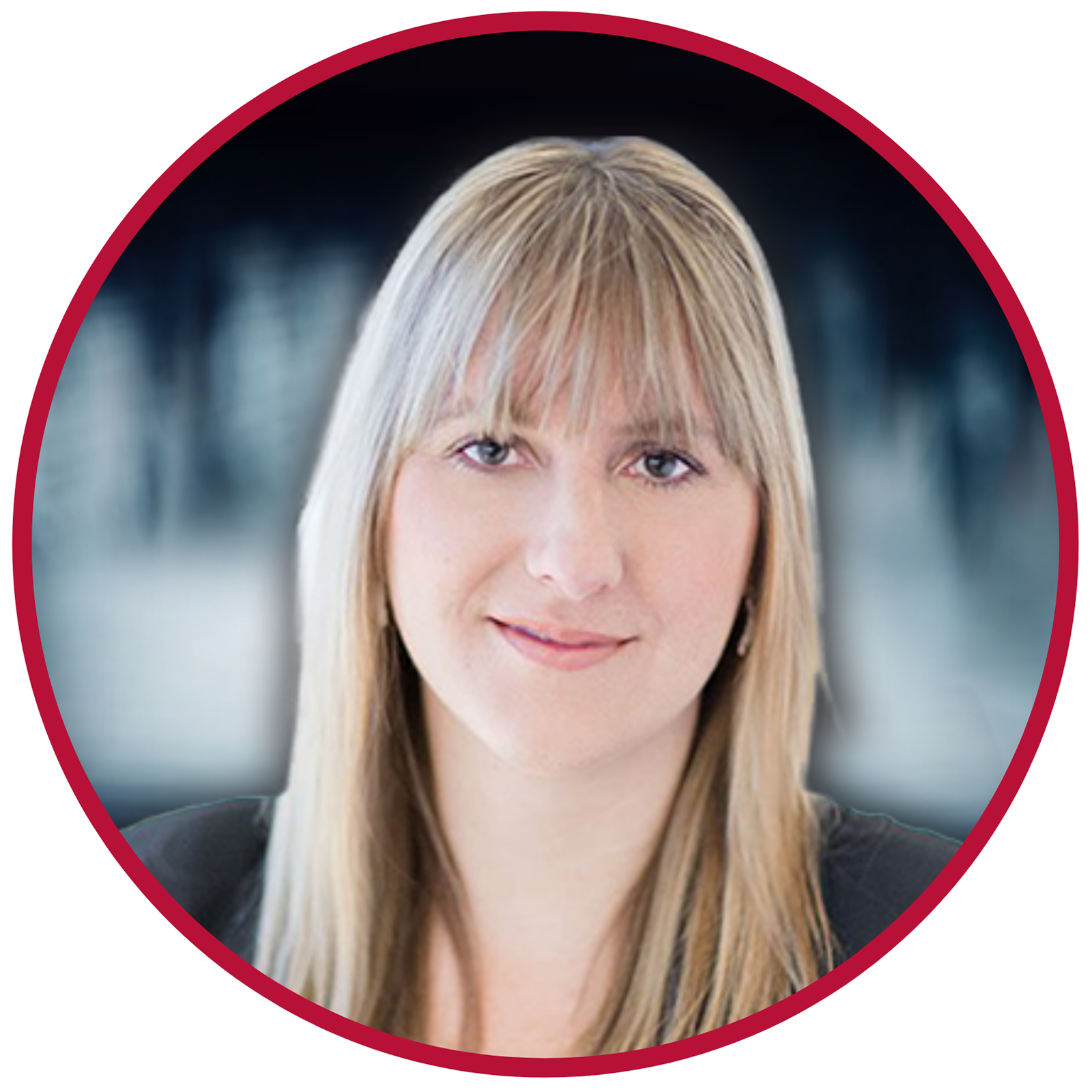 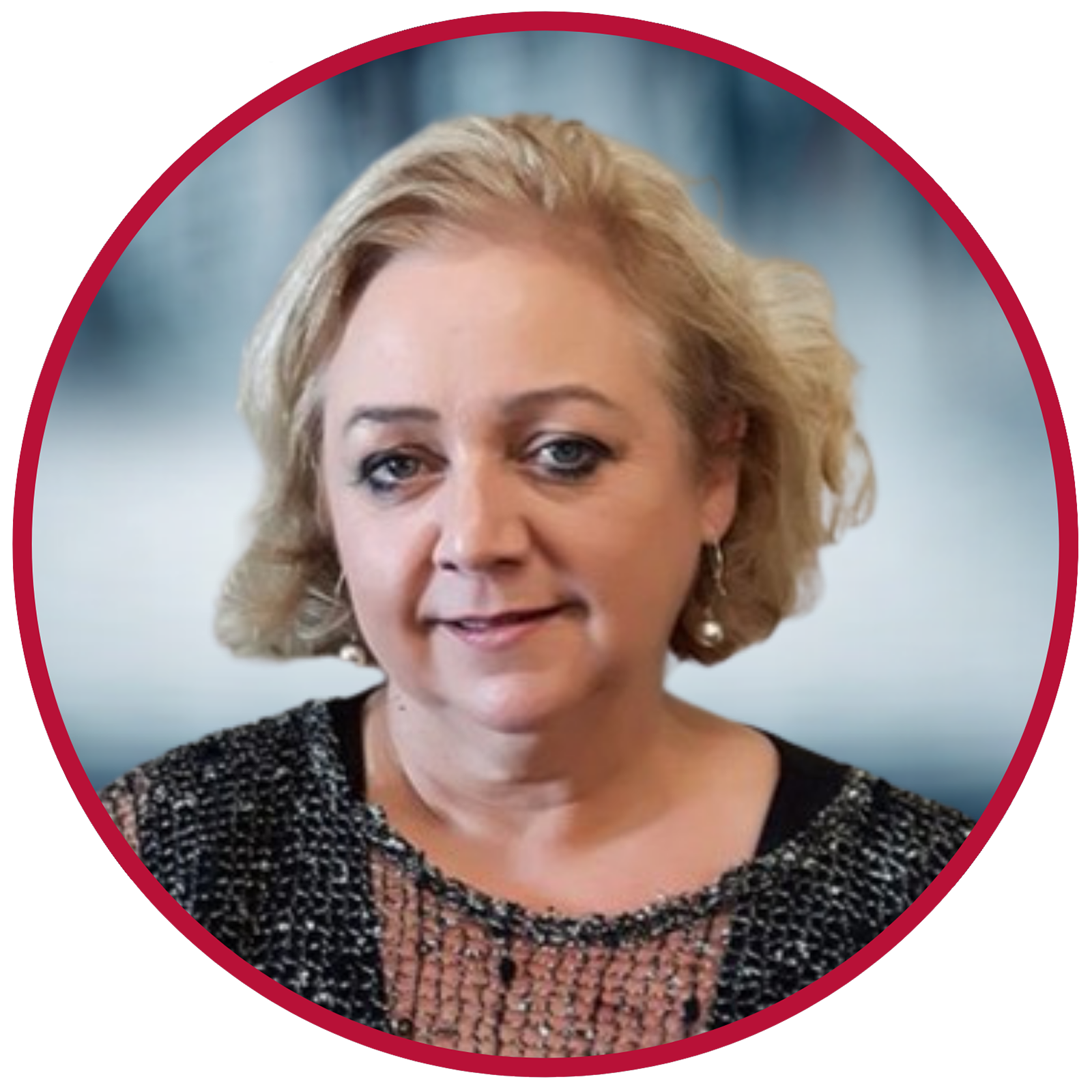 Wanda Cuff Young (CEO)- Wanda has accumulated over 25 years of extensive professional experience, including approximately 20 years of involvement in the marketing, business strategy, funding, and management consulting industries. Through White Rock (formerly WCYi), her successful creative marketing and consulting firm, she has been heavily involved in the strategic direction of dozens of companies in multiple industries, including agriculture, bio-pharmaceutical, nutraceutical, manufacturing, and technology, among others. Furthermore, she has managed marketing, communications, events, website development, social media, research and analysis, strategic growth and development planning, and management consulting for these same clients and more.

In addition to White Rock, Ms. Young has been actively involved in the creation, development, and management of several business ventures. She was awarded the Entrepreneur of the Year Award by the Newfoundland and Labrador Organization of Women Entrepreneurs (NLOWE). In 2018, Ms. Young was appointed as People’s Representative in the Chiropractic Board and just last year (2021) she was awarded the RBC diversity leadership award by the Association for New Canadians. 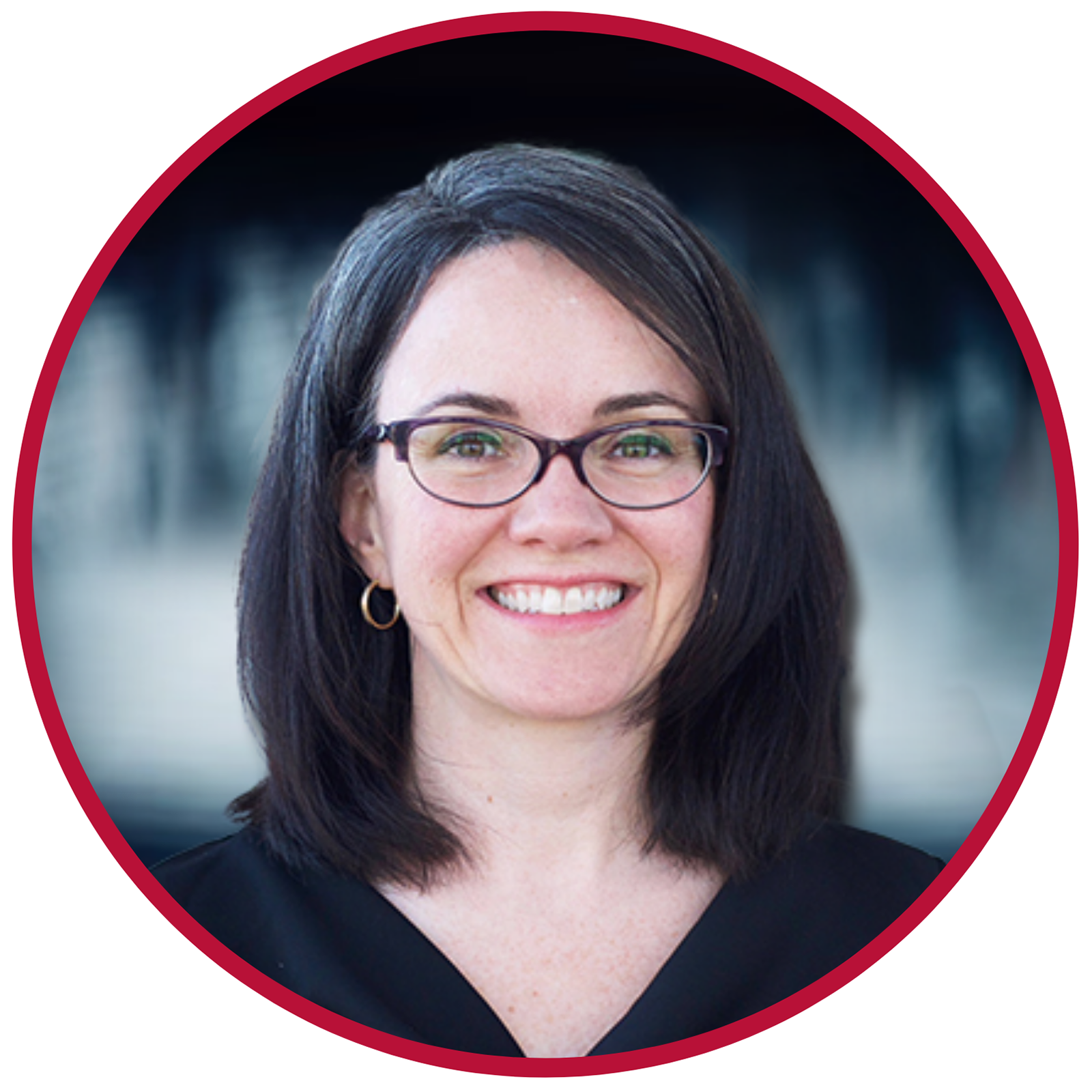 Cindy O’Driscoll is Chief of Stakeholder Engagement with Procurement Assistance Canada, within Public Services and Procurement Canada (PSPC) in Halifax. Cindy has been with the department for almost 15 years and during that time she has worked in the areas of green procurement and increasing supplier diversity.  Her work focuses on initiatives to increase the participation of small and diverse businesses typically under-represented in federal procurement and providing advice and support to help these businesses navigate the Government of Canada’s procurement process. Cindy holds a Master of Business Administration, a Master of Science in Coastal Zone Management, and Master of Arts and Bachelor of Arts (Honours) degrees in Archaeology. Originally from Newfoundland, Cindy loves spending time outdoors and is an avid gardener. 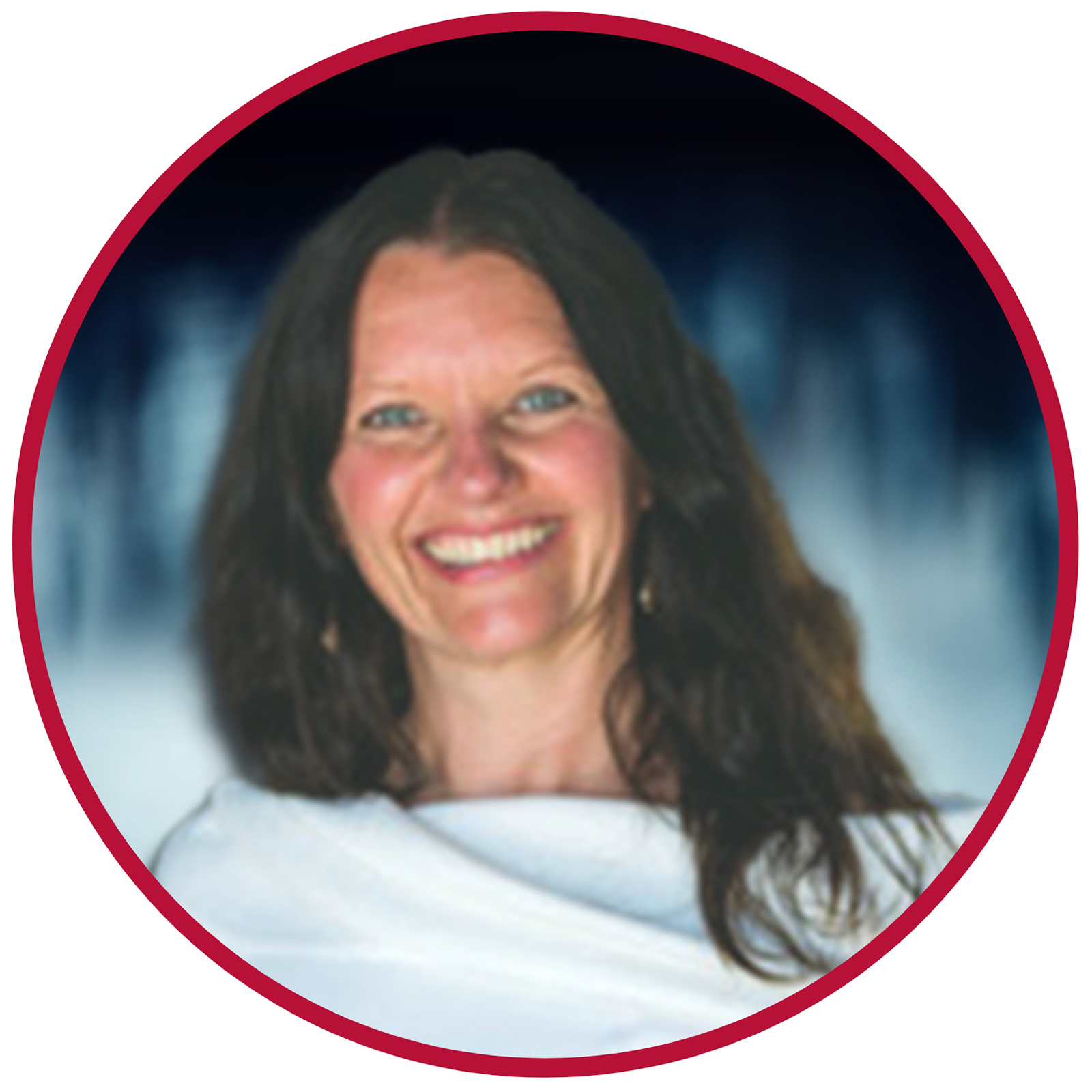 Susan has been working in wellness lifestyle and studying wellbeing since her early 20s. Her professional degrees are a Psychology  B.Sc. where she focused on Neuroscience followed by a Doctor in Chiropractic from CMCC. Her own journey in self-care and mind-body-spirit practices have come from a wide range of experiences from training as a national athlete to yoga, working and operating in multidisciplinary and integrative medicine wellness centres, to the wisdom shared by many mentors including meditation and mindfulness practices. The combination of her education, experience from years of seeing a wide variety of clients and her own lifestyle journey, allows Susan to help others come up with practical and effective lifestyle solutions.  After  23 years of full-time clinical practice, SOuL Wellbeing is the next step in her evolving passion to make wellness the norm, by helping others experience the beneﬁts of breaking the cycle of stress-related illness and to ﬁnd the magic that is possible when we live a well life. Outside of her work, Susan can be found as a barn rat humbly learning to ride a horse and happily mucking out a stall, enjoying beach ﬁres and hikes or getting lost seeing a bit of the world with her travels.

NLOWE IS A GREAT PLACE TO LEARN,
TO CONNECT, AND TO INNOVATE
JOIN NOW